Prosecutor Robertson stated that on Tuesday, February 9th, 2021, at approximately 7:30 p.m. members of the Somerset County Prosecutor’s Office Organized Crime and Narcotics Task Force Street Crimes Unit along with members of the Franklin Township Police Department were conducting a “Quality of Life” investigation in the area of Minetta Road in Somerset, NJ.  As a result of this investigation, Task Force Detectives attempted to conduct a motor vehicle stop in the area of Girard Avenue.

While attempting to conduct the motor vehicle stop the operator of the vehicle identified as Kenneth D. James turned off his headlights, blacking out his vehicle on two separate occasions before exiting his vehicle and proceeded to run away from his vehicle in an attempt to flee on foot from Task Force detectives. Kenneth D. James ultimately ran behind a residence on Girard Avenue where Task Force detectives were able to apprehend and detain him without further incident.

Task Force detectives subsequently applied for and were granted a Somerset County Superior Court search warrant for the vehicle that defendant James was operating.  As a result of executing the Superior Court search warrant Task Force detectives located and seized approximately 10 ounces of marijuana, 2 ounces of hashish, and 9 ounces of marijuana THC edibles from the vehicle. The estimated street value of the marijuana, hashish, and marijuana THC edibles seized is seventeen thousand dollars ($17,000.00).

Prosecutor Robertson, Chief Fodor and Director Spruill request anyone with information to contact the Somerset County Prosecutors Office Organized Crime and Narcotics Task Force at (908) 231-7100 or the Franklin Township Police Department at (732) 873-5533 or via the STOPit app. The STOPit app allows citizens to provide anonymous reports including videos and photos. STOPit can be downloaded to your smart phone for free at the Google Play Store or Apple App Store, access code: SOMERSETNJ. Information can also be provided through the Somerset County Crime Stoppers’ Tip Line at 1-888-577-TIPS (8477). All anonymous STOPit reports and Crime Stopper tips will be kept confidential. 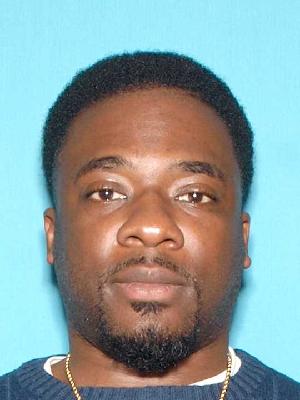