Prosecutor Robertson stated that on Monday, December 30, 2019, at approximately 4:40 a.m., Franklin Township Police responded to a 9-1-1 call reporting multiple shots fired into a residence on Barker Road, Franklin Township, New Jersey.  Responding Officers observed numerous spent shell casings outside on the street along with damage to the residence.  At the time of the shooting a resident was inside the house but was not injured by the gunfire.  Detectives from the Franklin Township Police Department along with detectives from the Somerset County Prosecutor’s Office Major Crimes Unit, and the Crime Scene Investigations Unit responded to conduct the investigation.

Prosecutor Robertson stated that on Tuesday, December 31, 2019, at approximately 2:27 a.m., Franklin Township Police responded to a 9-1-1 call reporting multiple shots fired on King Road, Franklin Township, New Jersey.  At approximately 2:29 a.m. Franklin Township Police received an additional 9-1-1 call reporting shots fired into a residence on King Road, along with a male resident, age 70, suffering from a gunshot wound to the leg.  Responding Officers observed numerous spent shell casings outside on the street along with damage to the residence.   Responding Officers along with emergency medical personnel tended to the male victim who was suffering from a non-life threatening gunshot wound to the leg.  The victim was transported to an area trauma center for emergency medical treatment and has since been released from the hospital.  Detectives responded to this scene to conduct the investigation.

Prosecutor Robertson stated that on Tuesday, December 31, 2019, at approximately 3:26 p.m., Franklin Township Police responded to a 9-1-1 call reporting multiple shots fired in the area of Churchill Avenue, Franklin Township, New Jersey. Upon arrival officers located a male shooting victim who was identified as Samaad Frazier, age 19, Jill Court, Somerset Section of Franklin Township, N.J., near the rear of a residence inside of a motor vehicle on Churchill Avenue.  Officers immediately rendered life-saving medical aid along with responding emergency medical personnel.  The victim was transported to an area trauma center where he subsequently succumbed to his injuries and was pronounced deceased.  A post-mortem examination is scheduled to be performed by the New Jersey Northern Regional Medical Examiner’s Office to determine the cause and manner of death.

The five occupants inside the suspect vehicle fled on foot in different directions with Franklin Officers initiating foot pursuit of the suspects.  One of the occupants was captured fleeing the vehicle by a Franklin Township detective and Franklin Patrol Officers.  The suspect who was identified as Gavin M. Owens-Jones, age 18, Barker Road, Franklin Township, N.J. was armed with a semi-automatic handgun.  The detective along with Officers ordered defendant Owens-Jones to drop his weapon, which he subsequently complied and was taken into custody.  Two additional suspects were taken into custody by Franklin Patrol Officers as they attempted to flee the scene on foot.  They were identified as Jeffrey J. Grant Jr., age 19, Culver Street, Somerset, N.J., and a sixteen year old Somerset male juvenile identified as I.S.

Prosecutor Robertson stated that on January 2, 2020 a fourth shooting suspect was taken into custody.  The suspect a 16 year old Somerset male juvenile identified as T.H. was taken into custody without incident.  The investigation into the identity and whereabouts of the fifth suspect remains on-going by detectives assigned to the investigation.  The circumstances as they relate between all three shootings and a possible motive remains active.

Prosecutor Robertson and Chief Fodor request anyone with information relating to these shootings or the homicide to contact the Somerset County Prosecutors Office Major Crimes Unit at (908) 231-7100 or the Franklin Township Police Department at (732) 873-5533 or via the STOPit app. The STOPit app allows citizens to provide anonymous reports including videos and photos. STOPit can be downloaded to your smart phone for free at the Google Play Store or Apple App Store, access code: SOMERSETNJ. Information can also be provided through the Somerset County Crime Stoppers’ Tip Line at 1-888-577-TIPS (8477). All anonymous STOPit reports and Crime Stopper tips will be kept confidential. 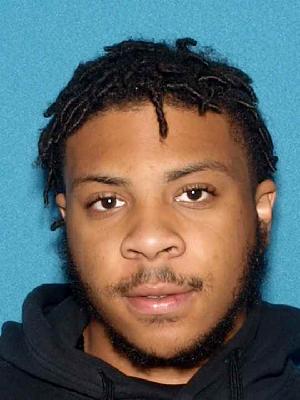 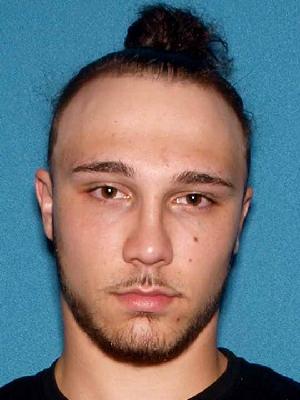