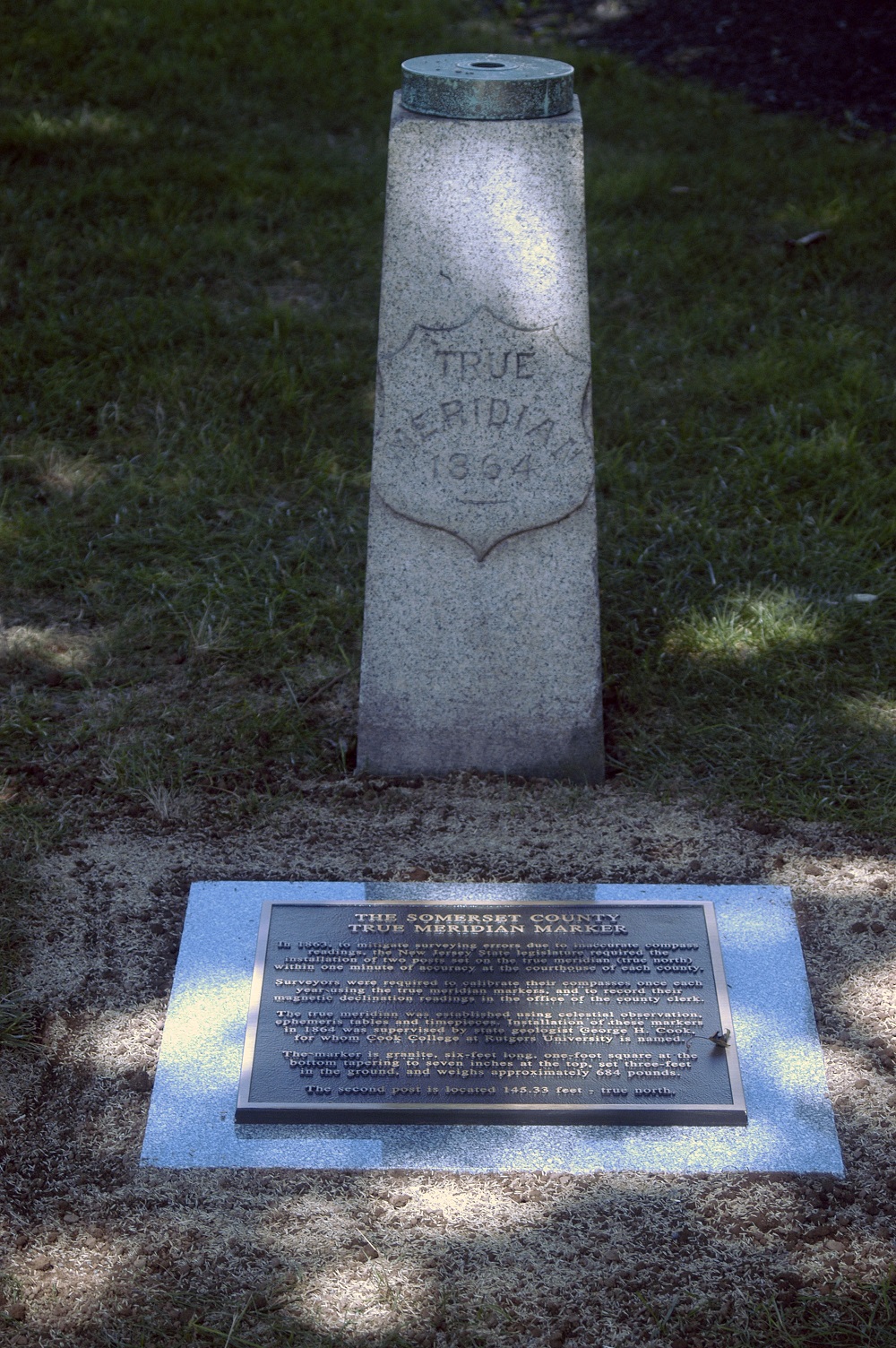 In today’s digital world, the notion of calibrating a device manually may seem quaint. But surveyors of the past relied upon two often-overlooked structures on the Somerset County Courthouse Green in Somerville to do just that.

To highlight the importance of the two true meridian markers near the courthouse, county officials have installed a plaque that details their history. It reads:

“In 1863, to mitigate surveying errors due to inaccurate compass readings, the New Jersey State Legislature required the installation of two posts set on the true meridian (true north) within one minute of accuracy at the courthouse of each county.

“Surveyors were required to calibrate their compasses once each year using the true meridian markers, and to record their magnetic declination readings in the office of the county clerk.

“The true meridian was established using celestial observation, ephemeris tables and timepieces. Installation of these markers in 1864 was supervised by state geologist George H. Cook, for whom Cook College at Rutgers University is named.

“The marker is granite, six feet long, one foot square at the bottom tapering to seven inches at the top, set three feet in the ground, and weighs approximately 684 pounds.

The first marker is to the left of the walkway leading to the steps of the marble courthouse; the second one is near the enclosed hallway connecting the historic courthouse and the main courthouse.

Freeholder Brian G. Gallagher, liaison to the county engineering division, credited County Engineer Matt Loper, Surveyor Jeffrey Baldwin and Designer Richard Close for make the plaque a reality. “They have preserved a little bit of history and thanks to their efforts, future generations of the digital world will know what the true meridian markers were for,” he said.