Prosecutor Robertson stated that on Saturday, May 18, 2018, at approximately 11:00 p.m., a 9-1-1 call was received by Franklin Township Police reporting that one person was shot multiple times in the area of 94 Matilda Avenue in Franklin Township, New Jersey.  Further information revealed that the shooting occurred during a large gathering at Naaman Williams Park.  Authorities were able to locate and identify the victim as David D. Anderson at an area hospital where he had been transported by a civilian following the shooting.  Anderson subsequently succumbed to his injuries while undergoing emergency treatment.

Detectives from the Somerset County Prosecutor’s Office Major Crimes Unit, the Crime Scene Investigations and Forensics Unit, the Franklin Township Police Department, and the Northern Regional Medical Examiner’s Office are conducting the investigation. An autopsy is scheduled to be performed by the Medical Examiner’s Office to determine the cause and manner of death. Authorities are requesting assistance from any witnesses who may have been at the gathering prior to the shooting and can provide any information.

Prosecutor Robertson and Chief Fodor request anyone with information to contact the Somerset County Prosecutors Office Major Crimes Unit at (908) 231-7100 or the Franklin Township Police Department at (732) 873-5533 or via the STOPit app. The STOPit app allows citizens to provide anonymous reports including videos and photos. STOPit can be downloaded to your smart phone for free at the Google Play Store or Apple App Store, access code: SOMERSETNJ. Information can also be provided through the Somerset County Crime Stoppers’ Tip Line at 1-888-577-TIPS (8477) or online at www.888577tips.org or at www.scpo.net and click on either “Crime Stoppers” or “TIPS HOTLINE”. All anonymous Crime Stopper tips will be kept confidential.

Note: The following information is based on a preliminary and ongoing investigation, which continues to evolve as investigators interview witnesses, review physical and electronic records, and analyze forensic evidence.  The Somerset County Prosecutor’s Office’s understanding of the facts and circumstances may change as additional evidence is collected and analyzed. 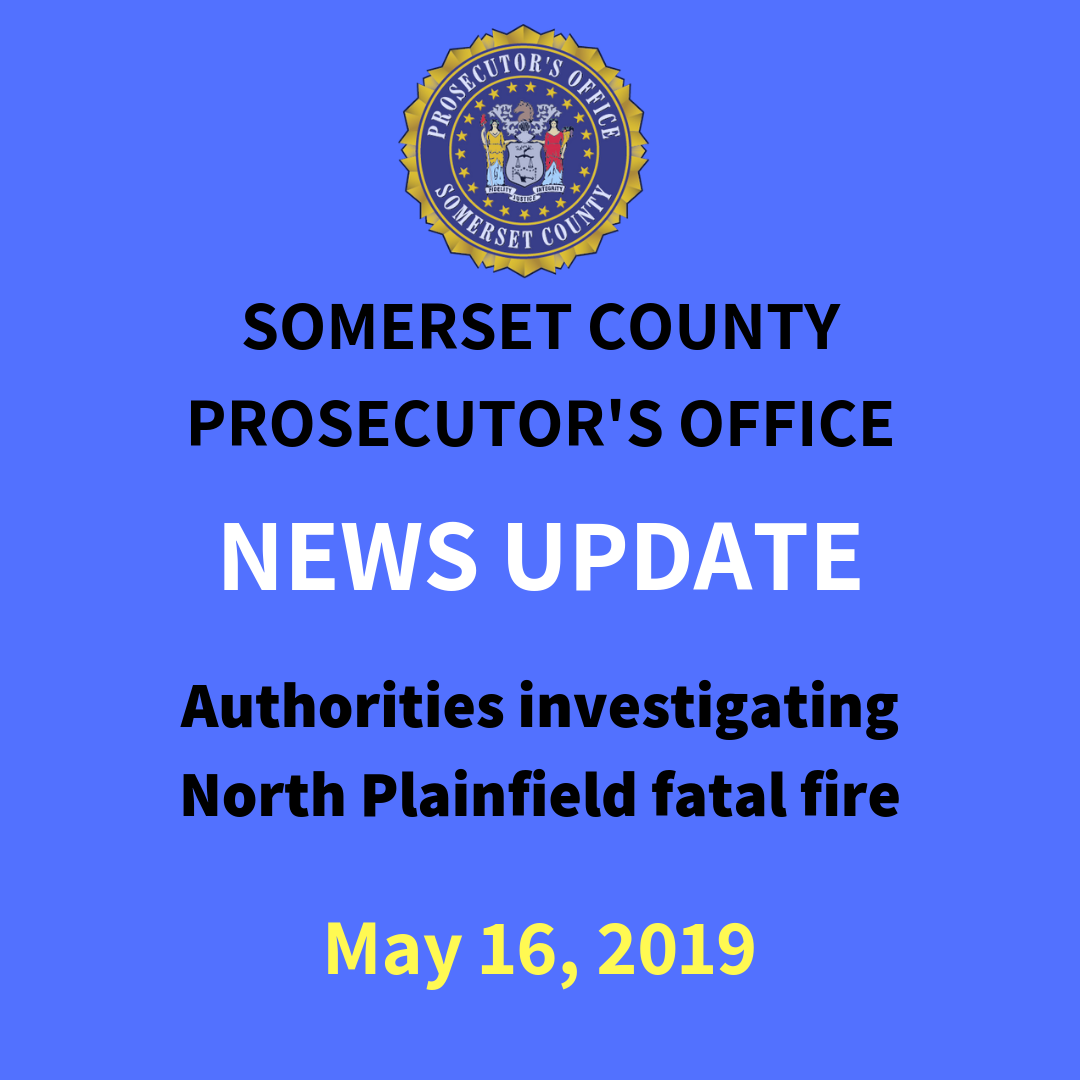